Editor’s note: For the third annual César E. Chávez Celebration, students throughout Milwaukee responded to the theme, “CommUNITY” as represented by Chávez’s quote, “From the depth of need and despair, people can work together, can organize themselves to solve their own problems and fill their own needs with dignity and strength.”

‘We must also fight for better working conditions for all workers so that no one’s rights are violated in the workplace.’ 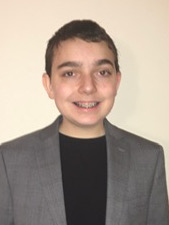 (Photo provided by Brandon A. Gorton)

Under a temporary agricultural visa, Eduardo Reyes-Trujillo went to Michigan to work in 2018. He came from an impoverished area of Mexico where there were few job opportunities and low wages.

Four Star Greenhouse, the company Eduardo worked for in Michigan, promised wages much higher than he could ever make in Mexico. However, his dreams were crushed when he was tricked by his company into working for no pay. When he complained, his company convinced immigration agents to deport him back to Mexico.

No one deserves this type of treatment.

This is the type of treatment that Cesar Chavez fought against throughout his lifetime. Migrant workers were not covered by the minimum wage law in those days, so many of them were exploited and were not compensated for the hard labor they performed.

Cesar Chavez saw this injustice and used his life savings to start a labor union for migrant workers. Using nonviolent methods, Chavez improved the working conditions and wages for migrant workers. Chavez once said, “What we do know absolutely is that human lives are worth more than grapes and that innocent-looking grapes on the table may disguise poisonous residues hidden deep inside where washing cannot reach.”

While conditions have certainly improved for migrant workers, we must do better.  The federal minimum wage is only $7.50 per hour. These workers are the backbone of their industry and they deserve to be compensated fairly.

To make America more equitable and to build a better community, we must pay all workers enough money so that they can afford basic human needs. If we come together as a community, we can raise the minimum wage to $15 and help thousands make a living wage.

We must also fight for better working conditions for all workers so that no one’s rights are violated in the workplace.

Like Cesar Chavez once said, “It is possible to become discouraged about the injustice we see everywhere. But God did not promise us that the world would be humane and just. He gives us the gift of life and allows us to choose the way we will use our limited time on earth. It is an awesome opportunity.”

‘If I could ask Cesar Chavez one question, I would ask him if he thought it was worth it. Because I certainly do.’ 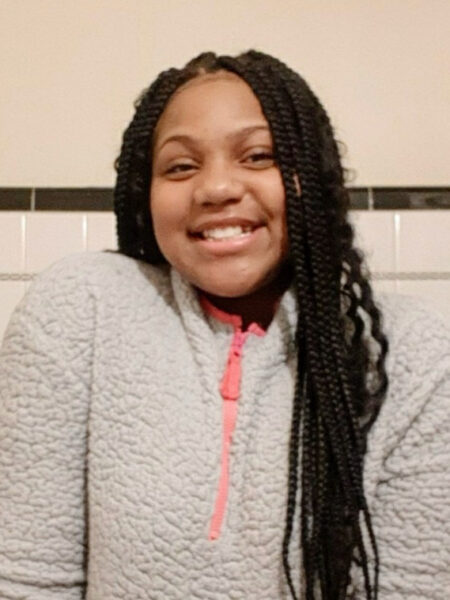 Cesar Chavez was an American civil rights activist. He fought for equal rights for farm workers across the U.S. beginning in the 1960s until he sadly died in 1993.

Cesar Chavez was born in Yuma, Arizona, on March 31, 1927. Cesar dropped out of school after the 8th grade to help his family in the fields. Chavez led marches, called for boycotts and went on several hunger strikes. It is believed that the hunger strikes led to his death.

I feel like Cesar Chavez was born to be an activist. He didn’t let anyone or anything get in his way for fighting for our community.

Chavez dedicated his life for improving treatment for his fellow farm workers. He saw that they worked hard and deserved better treatment. He wanted equal rights for people.

Cesar called for a national boycott of California table grape growers. I think Cesar Chavez is important because he stood up for his people and believed in himself. He didn’t give up. He didn’t stop until people got the rights they deserved. He fought for others. He put himself in danger for others. He is the most selfless person that I have ever heard of.

I believe that everyone deserves equal rights. I witnessed a white police officer racially profiling someone in a Walgreen’s store two months ago. The police officer said he saw him steal something, but I personally didn’t see that.

Chavez and Martin Luther King have so much in common. They both fought for equal rights. They both believed in themselves. They both struggled as kids. They both have very pure hearts for others. When I look at my community, all I see is hatred.

In conclusion, I think Cesar was an amazing activist. I just admire the way he fought for his community just so they could get health care, better treatment and jobs. But what I feel that is most important about Cesar Chavez is that he put in the most effort that he could so that he could help people that couldn’t obtain their needs. He did protests, he ran boycotts. All of that just so people could have their rightful needs? Makes my heart sing.

If I could ask Cesar Chavez one question, I would ask him if he thought it was worth it. Because I certainly do. Cesar E. Chavez was born a hero and died a hero.

‘Cesar Chavez made people stick together and have unity.’ 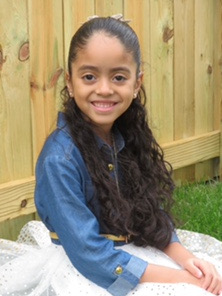 Unity means that people all stick together.

The kids had to work and not go to school. If they didn’t go to school, they could not get better jobs and then they had to be farm workers like their parents when they grew up. Then they were poor, too.

Cesar Chavez started a boycott against the grape farmers, and they did it for five whole years! He started a group named Farm Workers United and then he changed the name to the United Farm Workers. They got more money and had more time to spend with their families. The kids got to go to school.

Cesar Chavez made people stick together and have unity. 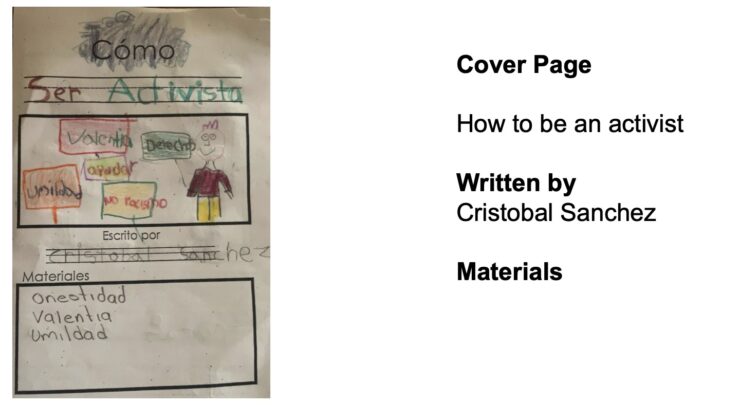